If you enjoyed the French Open, got into Queens and have been inspired by some of the tennis on display at this years Wimbledon here is our top 5 tennis brands that will have you heading for the court before you can say, Boris Becker!

We have chosen these brands from a branding perspective, so they must have a great brand and most importantly do a great job of inspiring their audience. (These brands are not ranked in any particular order).

Founded in 1913 (then called Ashland Manufacturing Company) Wilson first started producing tennis racket strings in 1914 before diversifying into other sports. After the war Wilson signed Jack Kramer the world no1 at the time, he went onto develop the line of Jack Kramer signed tennis rackets the first of many innovations for the sport from the Wilson brand.

From the companies Linkedin page you can get a real sense of why the brand exists its brand purpose and reason for being.

‘Since 1914 Wilson has been on the mission to help athletes everywhere reach their true potential’.

This purpose can still be seen and felt today right through the brand, with an innovators hat and the soul of an athlete Wilson empowers its athletes and the wider sporting community to improve.

This purpose is so well executed throughout the brand touchpoints you even feel it when interacting with the brand on social media.

When browsing Wilson Tennis facebook you will see lots of posts about young aspiring tennis players that Wilson sponsors, these players get put on the same platform as Wilson’s pro’s and celebrated in the same way. The boost this must give to the players of tomorrow is immense and in keeping with the brand purpose of helping athletes reach their full potential.

This also gives the brand a down to earth feel with its archetype somewhere between ‘everyman, creator and athlete’. Wilson feels like it could be personified as your reliable old ‘uncle joe’ ex pro-athlete that goes and tinkers in the shed, modifying your racket to help you perform better at your local tournament.

The branding of the company is simple, iconic and bold, the strong but not bright red gives the feeling of reliability, strength and passion and it feels truly American. Wilson is a brand synonymous with lots of sports but it feels like tennis is at its centre and it is doing everything it can to progress the sport and inspire the players of tomorrow to unlock their potential.

Head was started in the 1950s by aeronautical engineer Howard Head with the company originally starting as a ski brand. In the 1960s a tennis division was created when Howard figured out a way to strengthening the tennis racket by introducing the aluminium frame to the world of tennis, first used in the 1969 US Open.

Head gained more brand awareness in the 1970’s peaking with one of their athletes Arthur Ashe beat the favourite Jimmy Connors at Wimbledon, becoming the only black male player to ever win the singles tournament. Today Head has players like Ashleigh Barty, Novak Djokovic, Richard Gasquet and Maria Sharipova on their roster.

Following on from the aluminium frame success the company developed the first titanium and graphite tennis racket in 1997. This continual improvement and boundary-pushing technology fits perfectly with their brand purpose

Head is all about performance-driven technology and that true engineering heart of Howard Head and his vision still remains today. Head’s brand archetype is a mixture of ‘inventor, engineer and adventurer’ continues to build on the legacy of Howard Head and the companies origins. This is no mean feat that both Head and Wilson have managed to do, to keep the brand purpose, story, mission and values in line with the origin of the company, across countries, generations and technologies.

The visual aspect of the brand is edgier, more modern using brighter colours than Wilson as a way to position itself apart from it’s established rival. This aesthetic is in keeping with the pioneer spirit of the brand and along with the brand messaging which uses performance wording and a product focus also feel true to the brand’s inventor/engineering roots. The logo has a space-like or other-worldly feel to it which ties in with the boundary pushing aspect of the brand. Whatever the future holds for tennis, (floating umpires maybe?) Head will be there championing the technology and pushing the boundaries of the sport.

Founded in 1875 by Pierre Babolat this brand has been part of the fabric of tennis ever since. The oldest company specializing in racket sports Babolat invented racket strings and focused primarily on just these until 1994.

Part of some of the greatest tennis matches of the past 100 years this brand remained aloof, hidden in plain sight unless you knew where to look. With many top players such as Pete Sampras and Arthur Ashe using their strings to propel them to victory.

1994 marked a change in course for Babolat after more than 100 years of just producing strings they launched a range of rackets with their fist grand slam victory coming in 1998 when Carlos Moya won the French Open and became world number one. No longer was Babolat the drummer of the band now they were also the frontman.

A successful brand partnership starting in 2003 with Rafa Nadal has continually elevated the brand to greater and greater recognition. The brand itself is understated, aloof with a mystery about it. Whereas Wilson feels distinctly American Babolat feels distinctly French and this adds to the brand’s personality. The visual aspect of the brand has the recognisable ‘Double line’ usually in white/black or Yellow on frames which makes it easy to identify and works to aid positioning apart from the red of Wilson. The typeset is interesting heavily kerned which manages to give the logo a fun, friendly, retro feel whilst still feeling like a serious company. Babolat has been developed for the tennis purest with slogans like ‘we live for this’  Babolat is about the game, it’s uncompromising, has a heritage and history that is part of tennis and with athletes like Rafa Nadal, Johanna Konta and Joe-Wilfried Tsonga on their books the future looks bright for Babolat.

Iconic the world over Lacoste was founded in 1933 by Andre Gillier and tennis player (and Babolat string user) Rene Lacoste also known by fans as “the alligator”. He got the nickname during a trip to Boston in 1923 with the Davis cup team, Lacoste noticed a crocodile suitcase. “If you win I’ll buy it for you.” Joked his coach Alan Muhr before the match. The anecdote was captured by a nearby journalist who used it in a piece about Rene and ‘The Alligator’ nickname took off.

Andre Gillier owned the largest knitwear manufacturing firm at the time and they began work on developing the revolutionary tennis shirt designed and worn by Lacoste on the court. Like Babolat this brand was born out of love for the game of tennis Lacoste wanted to design a shirt you could wear to play tennis that was fashionable and functional.

Lacoste’s brand purpose is to have ‘the perfect balance of comfort and elegance which can be adopted by all’ this ethos seems to be at the heart of the Lacoste’s story and beautifully ties into the brand’s French roots. The brand visually hasn’t changed that much (bar a few slight deviations) from the original logo from 1933 which shows just how loved and iconic this mark is. The brand has an elegant, confident feel with an edge of tenacity that characterised Lacoste’s playing style.

Because of the strength of the mark and the brand, recently Lacoste celebrated 85 years launching the save our species campaign, replacing the iconic crocodile with 10 animals threatened with extinction in a limited edition run.

Although today Lacoste produces clothing for different sports and general wear, the heart of the brand is with tennis. Born on the court in the mind of tennis great Lacoste seems part fashion and part and innovation all the while with elegance in mind .

Dunlop was Established in 1889 as a company that manufactured goods from rubber, with the company entering into the sporting goods market in 1910 initially  only producing golf balls. That changed after the acquisition of F. A Davis which had tennis racket manufacturing expertise which they put to use in 1928 starting Dunlop sports in Waltham Abbey in Essex, UK.

In 1932 Dunlop launched its iconic Maxply tennis racket which became the world’s most famous racket for the next 50 years, used by legends like Virginia wade and John McEnroe.

Dunlop brand is all about the love of the game and surprisingly the only brand in our list that uses green as part of their core brand colours, both a darker green like that of grass and the move recognisable fluoro green of tennis balls. For them, it’s about developing equipment that anyone can use to enjoy the game they love. The brand feels distinctly British, remaining reserved and championing the underdog,  but still manages to stay fresh and cutting edge. The visual branding with the iconic logo known as the ‘flying D’ was introduced in 1960 and still feels relevant and fresh today a sign of a great mark that is instantly recognisable and effortlessly works at scale. Recently they have used more of a modern approach with marketing using duotone imagery coupled with the fluorescent green but it still manages to feel like Dunlop. Not the powerhouse of Wilson, nor the boundary pusher of Head, or the purest’s choice of Babolat, but Dunlop somehow manages to champion everyone else, the common person, the underdog and their love of the game.

A new brand on the scene developed by two brothers in the UK, Castore has been designed for athletes and semi-pro atheletes with a focus on the highest quality materials, advanced engineering and technical fabrics.

Worn on the court by Andy Murray this new brand has a classiness about it and already feels established, which is a testament to the branding and the logo which already looks like a classic.

The brand messaging and tagline ‘better never stops’ is in line with the core brand purpose.

Castore is definitely one to watch in the Tennis world. Do you want to improve your brand but are not sure how? Or are you struggling to unlock your brand’s full potential? – Schedule a free discovery call 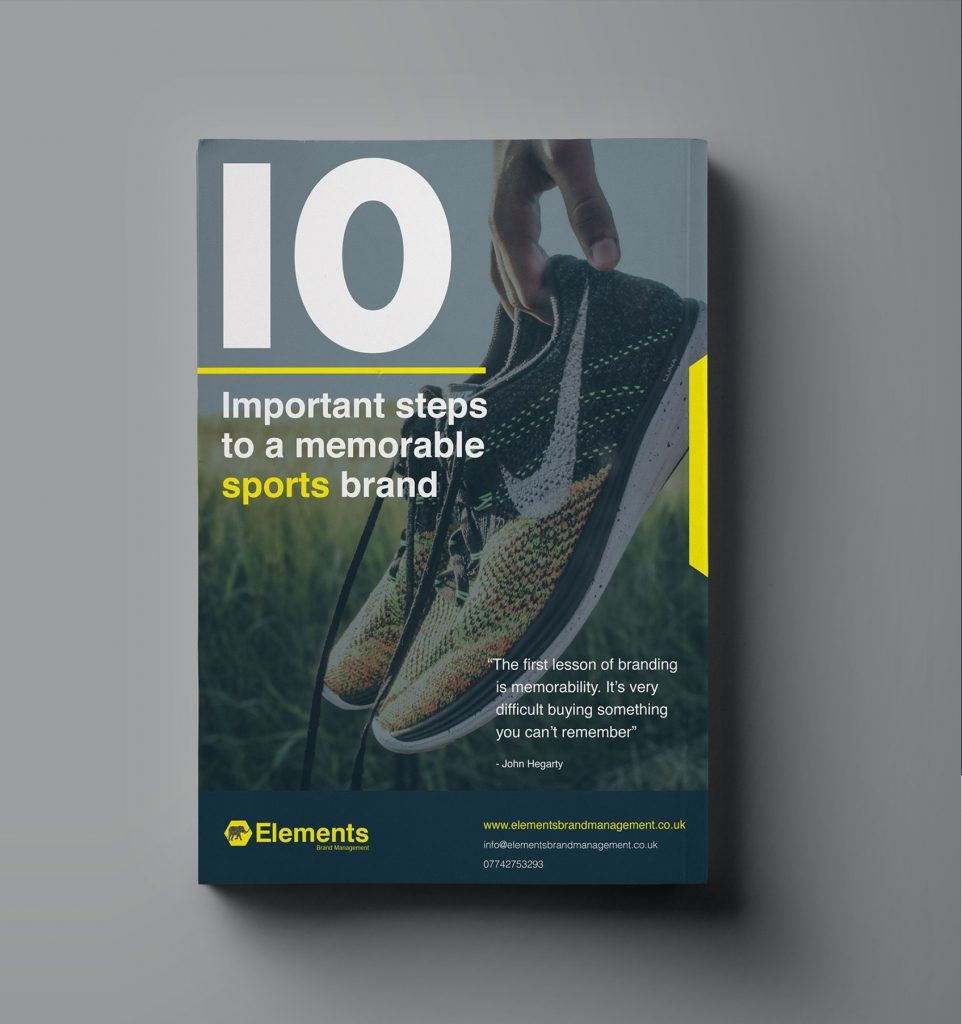 How to Build an Effective Brand Strategy in 8 Steps

How to Build Brand Trust with Your Customers Do you want to steal a big secret from iconic brands and influence your audience’s view of your business? In this episode, Chloé Dutschke will teach you the secrets of telling a compelling brand story. 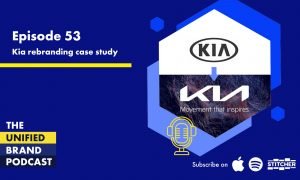 Struggling to create an impact with your brand ?

Find out what is holding your brand back with our free brand impact report.

Get your brand impact score